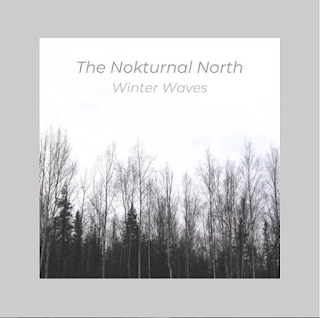 A little preface here before I talk specifically about the single. About a year ago, a pal of mine was visiting from out of town, and as the nerd I am for live music I suggested that we head to a local club and grab a drink and check out a band or two. We decided on Honey, one of my favorite spots in the cities for live music.

I won't go into to many details about that show, but to sum it up, after that show, The Nokturnal North has become one of my favorite local bands, and one that I follow closely.

Now, onto the single.

Winter Waves is an impressive song, dynamically. Joe Norton is really in his sweet spot as a writer, as former member of acclaimed post rock band Midnight Lights. Those roots definitely show on this track with a massive wide open 6/8 groove as its climax, mixed beautifully by producer Brian Shields. The song is the band's best work yet, and makes me anxious to hear the full record, currently slated for April 5th.

Listen to Winter Waves on Spotify here.
Posted by Minnesota Indie at 11:03 PM