Album Review: In the Blossom of This - LASKA 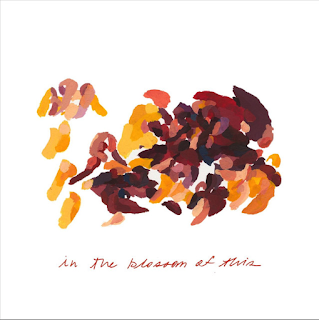 I recently received a message from the band LASKA about their new record, and as all of the people I know, know I love checking out new music, especially local stuff. So, that being said, I checked out the EP on it's release, the 22nd, and listened to it a few times over the weekend and was pleasantly surprised.

The EP starts off with a mid tempo groove that evolves between many genres. The song Paralysis at times made me feel like I was listening to a Neutral Milk Hotel song, but quickly proved me a wrong, creating a massive stereo glitch at the end that took me by surprise.

The harsh ending brings you right to the front door of the song Unguarded, and we take off again to a melodic guitar line, accented by gentle synth lines, and emotional cuts and drops. The part of this song I enjoyed the most was the snare. The reverb on it is transcendent and provides so much feel to the song. To this point, the only thing on the EP I can criticize is the vocal mixing. The harmonies are gorgeous, but they feel misplaced at time, especially on this track.

Coffee Naps is an oddity on this EP. It feels like it doesn't fit, but it does in a strange way, as it turns to the latter half. Starting with a simplistic piano part, accented by an absolutely perfect fitting bass line. The second chorus of this song might just be my favorite part of the EP, as the vocals sit so well, and everything sounds and feels so tight.

As the EP continues, it continues to be held down and defined by one single genre as the beginning of To Hold You sounds like a Sufjan Stevens track, followed by the closing track Sunset Casual which to me feels like a Cloud Cult / Arcade Fire song.

This is a very dynamic project, and it makes complete sense as an EP. If this was a full length record, I would probably be fairly disappointed by the lack of continuity.

The Morton sisters have such a great chemistry with their band, and not one moment on this project feels disjointed which is an impressive feat. The songs are ambitious, and executed really well, but the production on each just feels all over the place and never lets the band find their particular sound, which to me is a bummer.

Ultimately, this is a beautiful project by LASKA, and I can't wait to hear what they do next.

Listen on Spotify here.
Posted by Minnesota Indie at 7:47 PM No comments: