Album Review: When We Started - Under the Pavilion 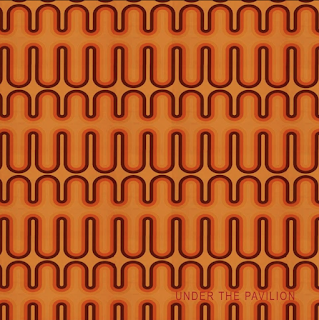 The genre of garage pop is fading, and has been fading for the last 15 years. It's pretty rare an artist can achieve success in this genre, and do it well. But, Rochester outfit Under the Pavilion has been quietly bringing it back.

Their long awaited first record, "When We Started" is chock full of catchy pop hooks, bombastic drums, and excellent bass lines. It's been on repeat in my house since it came out earlier this month.

The album opens with a melodic bass line played by Adam Lien until the rest of the band comes in, and then never lets up until the very last note. The song "Wednesday" sets an expectation for the rest of the record; a promise and anticipation that things will eventually resolve. Every song is filled with such precise guitar work by frontman Pat Obert and Devan Glander. The parts become more and more impressive with every song.

There is a lot to be said about the production of the album, too. The sound is clearly heavily influenced by The Strokes, and bands of a similar style. It's rare to hear a band intentionally try and achieve this sound, but even more uncommon for them to achieve it as well as Under the Pavilion does.

As I've already stated, the album progresses in a way most albums don't. It's a rollercoaster that keeps going up and up and up, and you're just waiting for it to reach the top. Well, the very top of the rollercoaster reaches a very impressive height on the closing track "Even". The song structure seems so complex, and is paced by a racing drum groove, and opened up by an absolutely mind blowing guitar solo in the second instrumental, which breaks down into a fantastic progression. This is by far my favorite moment on the record.

The only thing that holds this record back in any way is the lyricism. There are some moments that feel recycled, and cliche. I think it could be beneficial for the band to potentially work with more songwriters in the future. Either way, it doesn't effect the way I feel about this album very much at all. And, there are still plenty of moments where the lyrics catch my attention in a good way.

I had the chance to see this band last year when they played in Saint Paul at the Union Depot, and they're just as good live. I highly recommend checking them out if they play in a city near you. I can't wait to hear what they do next.

For fans of: The Strokes, Ramones

Listen to When We Started on Spotify here.


Posted by Minnesota Indie at 1:12 AM