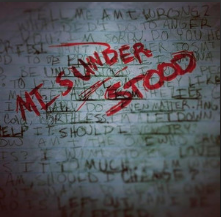 Last August, I had the pleasure of catching an awesome local show full of local talent. I ended up discovering two new artists (Under the Pavilion, Ennen) that are super rad.

Today in a new blog segment (appropriately titled "Throwback Thursday"), I'll be checking out a release that I completely missed at the time it came out. Today, that is Ennen's "Misunderstood".

Noah Norton, better known by the moniker Ennen has been making his way up the list of Twin Cities hip-hop artists. Now, we, as the Twin Cities aren't known for our hip-hop scene, making it especially difficult to grow and maintain a following here.

Ennen, who has only been recording music for about 2 years, already has a respectably large catalog of music, with two full length records and a whole bunch of singles, as well as an EP.

This single, Misunderstood is Ennen's best work. With a brilliant mix, brought to you by Russel Munson of Small Circus Studios. Noah, brother of award winning songwriter Joe Norton of The Nokturnal North, shows he can pull his own weight when it comes to songwriting. Lyrically, the song conveys the common struggles of a teenager, but conveys it in such a way that it doesn't feel like it's coming from some inexperienced teenager, rather a veteran songwriter.

From a creative standpoint, the song is extremely unique. Ennen offers his own style of rap, that since I don't listen to a lot of modern rap and my knowledge of rap sub-genre's is incredibly limited, I will call lo-fi trap. The vocal mix is incredibly creative, with an overdrive reminiscent of The Strokes. The instrumental tracks them self play a lot on modern trap with lots of "whoop"s and triplet piano rhythm and hi hats. To me it feels like a cross between Kendrick Lamar and a more pop style of rap.

I'm really excited to dig more into Ennen's discography, and I recommend you do the same.

Check out Misunderstood on Spotify here.
Posted by Minnesota Indie at 8:07 PM